I don't know about you, but I'm really excited to see if the changes in the iPhone 7 will be worth it or will I choose to wait for the 7s?  I scoured the internet in search of some of the best iPhone 7 rumors and concepts that I could find and here are 7 Interesting iPhone 7 Rumors You Should Know About.

Enjoy and let me know what iPhone 7 rumor you wish were true in the comments below.  Also feel free to share this with your friends on your favorite social network.  Enough of the "commercial", let's dive in!

Wouldn't it be great if the next time your iPhone was about to take a tumble you had a parachute system in place?  Well the folks over at Sonitdac decided to do just that with this iPhone 7 concept video where the iPhone has air jets that are released when it senses that your iPhone is falling.  Check it out:

George Tinari over at Cult of Mac wrote a great article that talked about the possibility of the iPhone 7 being waterproof!  He said that "a simple hydrophobic coating inside and outside of the device" would make that happen.  Here's the article and he also covers the iPhone 7 rumors of wireless charging and no headphone jack.

3. iPhone 7 Could Have Wireless EarPods!

Ok now this sounds really cool, however I'm prone to losing things and the small EarPods with no wires would be a double edged sword for me.  They would probably look awesome, but the chances of losing me them and having to constantly buy new ones would be a pain.  I don't know how many bluetooth headsets I've been through so far. 🙁 Here's what David Goldman over at CNN had to say about the possibility of the iPhone 7 having wireless EarPods!

Will there be an iPhone 7 Pro model?  Well according to this video by EverythingApplePro there will be one and he's even got the specs to prove it!  So what will be so special about an iPhone 7 Pro model?  For starters he talks about the camera having a dual lens.  This would give you the ability to stream "multiple videos" at the same time and optical zoom features as well.  There are even talks of stereo speakers!  Check out the video and let me know what you think in the comments below.

It's ok to dream...that's how the iPhone came about anyway right?  This is a killer iPhone 7 that I would love to see happen!  The sad part is that we all know it probably won't....at least anytime soon, but Jeff Parsons over at Mirror featured this video from iPhone-tricks.com and it's got to be one of the best iPhone 7 concept videos I've seen!  Check it out here: Amazing iPhone 7 Concept Video

This rumor has been reported by a few sources as of late but I'd seriously doubt that Apple will replace the Space Gray model with deep blue.  Now don't get me wrong, I would love to see the addition of a deep blue model, I just don't see them replacing on of their top sellers! What do you think?  Here's another video by EverythingApplePro that covers this very topic. 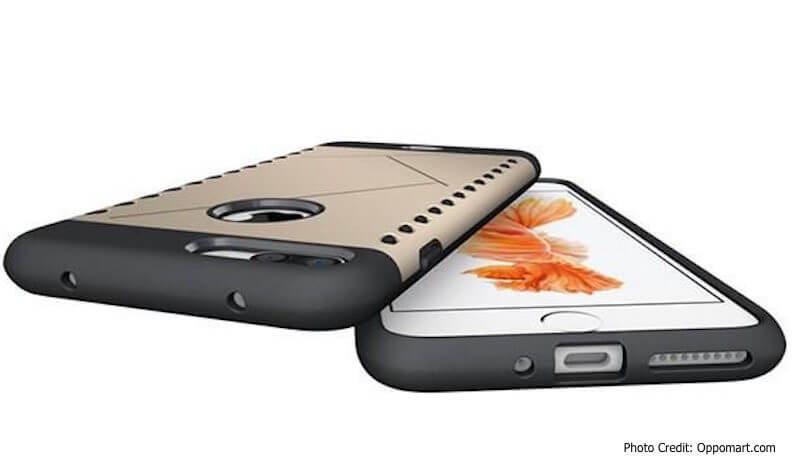 One of the most highly speculated rumors is the one about Apple removing the headphone jack completely from the new iPhone 7.  What do you think of this one?  Benjamin Mayo over at 9to5 Mac wrote a great article about the iPhone 7 leaked cases.  I found the cases from a company called Oppomart.

So that wraps up 7 Interesting iPhone 7 Rumors You Should Know About.  What rumor have you heard that you wish were true what rumor do really dislike?  Let me know in the comments below.